Isn't this fun and relaxing?

Enjoy a bright summer day outside and make the park cleaner than it was before you came.

Take a breather. Have a snack!

Don't the colors remind you of childhood? Ahhh, so innocent.

Nothing can go wrong.

Very disappointed that no one in this game tried to assist me in tidying up the park. Not even Mr. Evil Face Tree. I need a day off. Cool game, 6.8/10.

Woooah that was cool I got kinda scared, great job!

Aw, so there's no way to avoid the dark monster once you get near it first? It will just randomly wake up and chase you no matter what?

What about the creepy threes and weird small buildings?

I'm not trying to be a critic, i'm just trying to understand the game better.

the monster cant get you from the edge of the top of the screen :D

THE HORROR... of such a dirty park. The solution is less pollution.

Thanks, I really liked the game! I totally got spooked

I liked it! Although, can you make a version without the spookines. Just straight up picking rubbish up simulator

I could also make it randomly generated as well.

nothing more satisfying then cleaning the cute pixel park

Reply
Neco The Sergal1 year ago(+2)

Gave it a quick Let's Play with silly commentary

That's why you should never pick up the trash.

Aw c'mon guys even the leafy trees have sweet lil faces! And the crabby looking tree is cute too >:{

THIS IS SO SCARY BRUH FOR WHY

All that relaxing air can be a bit overwhelming. I understand completely :)

i do have to ask does the game have sounds?

It does. The sound wasn't working?

Hmmm......Could you give info on what that is or your inspiration to create it.

One day I went on a walk alone in a large forest preserve.

I stepped off the path and encountered some small stone ruins and an abandoned camp site. An angry homeless dude stepped out the woods and began stalking me like one of the living dead.

It's an odd feeling to be stalked by danger in a place, where not too far away, people are partying and children are playing.

Thanks for asking and playing :D

P.S. To make matters worse, I had a bike with me in the middle of a huge grass area while this guy was approaching me. Felt like one of those nightmares where you're trying to run, but you move in slomo.

Very simple, but that keeps you on your toes. 10/10 making the park a cleaner place

Ikr, why do people keep thinking the worst? lol

Lol, I'm guessing you had a good time.

I loved it! Very well done.

Thanks for playing :D 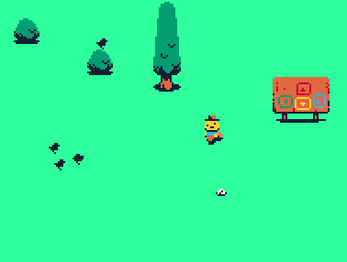 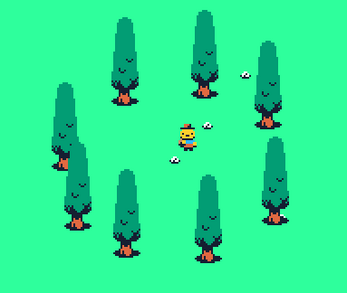